In this article, we’ll talk about Investing in bitcoin, and if it’s a smart play or not.  There’s a few factors at play other than the price of bitcoin that you should be aware of before making your decision.  We’ll also cover a few ways to invest in the digital currency.

Bitcoin has been one of the most amazing currencies to watch in the history of mankind. First of all, the value of Bitcoin is only as strong as the trust that the Bitcoin community places in it, which means it holds an intrinsic value and not a real value such as gold, silver or land.  Those commodities will always hold value, and can be traded no matter what happens in the world.  If someone were to pull the plug on our power grid, bitcoin would literally become absolutely worthless in an instant.  So would paper currencies however, so their existence has actually provided precedence for the creation of the new digital currency. 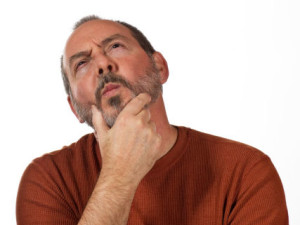 So while the faith we maintain as a society in our technological advancement grows, it also paves the way for this new phenomenon of Bitcoins and all other alt-coins. The value of a single bitcoin rose quickly in 2013 to a record $1200 per bitcoin.  This was mainly due to a large number of quick profit opportunists jumping on the new gold rush.  It’s value has since fallen to less than half of it’s high, while the world still tries to figure out what exactly is bitcoin, and how it will become useful to the general public. However the speed at which the currency is being adopted by huge corporations is staggering.  Some of the companies accepting bitcoin include:

This coin is simply not going away anytime soon.  The true value of the coin is still yet to be seen.  Until the entire world understands how the coin works, and what it really is useful for, we won’t know what a bitcoin will be worth in a stable manner. Should You Invest In Bitcoin? That’s a decision you’ll have to make on your own, but what you should consider are the fact that Bitcoin still remains one of the most watched and speculated currencies of all time.  Here are a few very interesting fact regarding bitcoin, and something to think about when pondering if this coin will rise to astronomic heights, or shrivel and fade away.

Deciding on whether to invest in Bitcoins or not, should not be based on it’s USD-Bitcoin pricing valuation at the moment.  That number is no where near it’s real mark. Research Bitcoin, what it is used for, what it would do for society, and if you believe it’s going to be adopted, then invest in it.  Never purchase what you cannot afford to lose, and don’t take more risk than you are comfortable with. Decide how you want to invest in bitcoin as there are many ways to acquire it.  You can buy bitcoin, and ride it’s price value then sell it.  Many currency traders use Bitcoin Bots to handle their trades for them automatically.  You can buy a select amount of coins, and hold onto them.  You can try your hand at mining bitcoins and generate them that way. No matter what you do, Bitcoin is sure a fun and interesting thing to watch!  We hope you like this information and come back to visits soon. Please leave your comments below!