As you use your bitcoins in exchange for goods and services, there are times when you look inside your bitcoin wallet, and you see that there are a few more Bitcoins inside. Now while it may not be too much for you, but for some, this can mean a lot especially if you want some money back from those few Bitcoins left in your wallet. In fact, there’s a lot of reasons people sell Bitcoins. 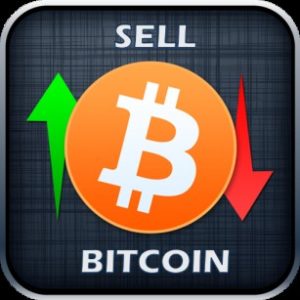 But what are the reasons why people sell Bitcoins, how much will they earn from selling Bitcoins, and what are the methods of doing so? There’s a variety of methods on how to sell BitCoin, and each method is guaranteed to help you make the best use out of your Bitcoins.

Among the many different methods of selling Bitcoins, one such option is called a direct trade.  Sites like BitStamp requires an account that in which you must verify your identity before you can sell your Bitcoins.

In BitStamp,  for example,  in order to sell those coins, the first thing to do is to load your BitStamp account with coins,  which is done by clicking on the “deposit” button on the main page, followed by choosing select method Bitcoins. Now, you don’t have to do this step if you already have coins available, but you can upload more Bitcoins into your Bitstamp account this way.

Once you select the method Bitcoins button, you will be given a web address that is unique to each account.  This will serve as the main address where you can receive the Bitcoins from your account.  Once your account is loaded, you can click on the “buy/sell” button which leads you to a page where you can place a sell order. And once you set the price/amount that you are selling your Bitcoins, the sold coins will then be converted into the currency in either USD or EUR, which can then be received.

Now, this may sound like a fairly simple method, but how simple it is or how easily you can sell depends on the site you’re using.  But like buying Bitcoins, selling Bitcoins has more than one method. The second method is through Bitcoin exchange trades, which is done through online exchange sites. Online BitCoin exchanges are basically negotiators who handle the buying and selling processes of buyers and their Bitcoins.  Like with direct trade, sellers are required to verify their identification as they sign up for an account before they can begin selling Bitcoins.

How this process works is that you simply place sell orders, then setting the amount that you’re selling, then setting what type of currency it will be converted to once it’s sold, and the price of the unit you want to sell it for.

And if exchange trades aren’t your thing, then the third option is via peer-to-peer marketplaces.  This method utilizes groups of people and brings them together, allowing them to buy or sell Bitcoins through a face-to-face transaction.  The marketplace offers Bitcoin buyers and sellers to use their Bitcoin wallets or transactions.