We’re NOT In A Bubble, We’re In A Rocket Ship.

The dot com “bubble” wasn’t a bubble. It was a paradigm shift. It was an acceleration of technology at a pace people couldn’t keep up with or understand.

When a bubble pops, it can never be re-created. It’s an unrecoverable event. But that’s not at all what happened.

Everyone knew the “internet” was coming and started throwing $$ at these tech companies without even knowing who or what they were investing in. They just saw it as the future and threw money at it. So speculative values of many tech companies soared.

However the same companies who’s stocks soared and later plunged into the depths didn’t die because it was a bubble.

Those companies simply didn’t know how to operate profitably in a new world of the internet. And people who invested in these companies lost a lot of money.

Even Amazon took a big hit in stock pricing, but still survived and eventually thrived. Why? Because Jeff Bezos understood the paradigm of what was happening and had the vision of how to operate his company in a new world. A company shouldn’t be judged by its value, but rather by its vision.

So the dot com era and internet and technology didn’t die…. it thrived.

People were right to bet on the fact that the internet was going to change the world. They just didn’t know the right place to put their money.

The biggest companies in the world today are ALL tech companies. They also all share the unique feature of being built from scratch to billions is less and less time as technology evolved.

So to me the whole “bubble” mentality is extremely mis-understood especially when it comes to the worlds new economic paradigm shift that’s happening right now with crypto currencies.

Prices are soaring at exponential rates that we’ve never experienced before so people are calling it a bubble once again. And while I do believe that many cryptos are overvalued and over speculated, that doesn’t mean at all that we are in a bubble. We are in an economic transition… a very big and important one.

This new technology isn’t going to slow down or stop progressing.

In fact it’s going to progress faster than it ever has, just like all the other biggest companies in the world which are likely a lot younger than you are. Am I right?

So what will happen, is an increasing amount of money is going to continue flow into this technology just like it always has and some people are going to get BURNED hard by blindly investing in things they don’t truly understand.

But as all this is happening… the industry of crypto will continue to grow and evolve just as the “internet” did, only this time it will be faster because technology is increasing at exponential rates.

Were NOT in a bubble, we’re in a rocket ship. 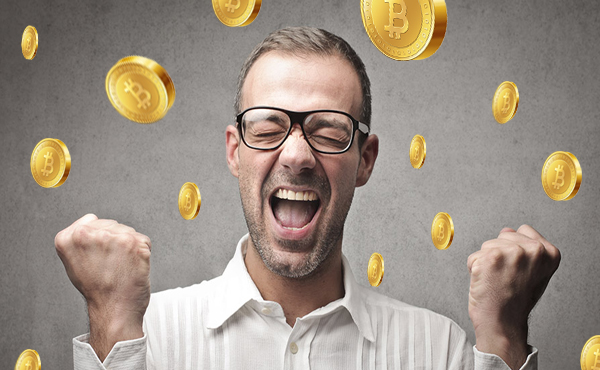 Hello and welcome to my new and exciting blog where I will discuss the various ways to make money with bicoin!  This exciting new digital currency has already made both rich men poor, and poor men rich with it’s meteoric rise in price, followed by it’s immediate tumble after troubles with the Silk Road scandal, and then the problems MtGox was having!

We will teach you the most popular ways to try to make money in the bitcoin industry including the two most popular methods which are mining bitcoins, and trading bitcoins.  We will also cover some cool stuff like automated trading bots which are a great way to make some extra coin with the digital currency as well as bitcoin alternatives!

These are very exciting times at hand and the worlds financial systems are literally crumbling around us.  Bitcoin and other online currencies alike offer up a prospective way to trade goods and services without the need for giant financial organizations and world banks.

Bitcoin has remained strong on most exchanges, even in the shadow of insane speculation about it’s future, which I do believe is a very good sign!

So we’ll be covering lots and I hope you stick around to learn about it!